PEP ALCÁNTARA.  Graphic designer. Has won numerous awards. Director of Bisgrágic and professor of the Master’s Degree in Graphic design from ELISAVA.

CELESTE ARROQUY. Graphic designer and photographer. Editor of Piel de Foto. She has done numerous international exhibitions and has published her projects in many international magazines.

JOSE BAUTISTA. Editor, composer and sound designer. During the last years, he has specialised in the production of audiovisual projects. He edits and postproduces multimedia products, and creates the musical and sound design of their projects. His audiovisual projects have been published in New York Times and TIME (U.S.A), Le Monde (France), El Mundo (Spain), Rolling Stone Magazine (U.S.A) and The Guardian (United Kingdom).

JORDI BERNADÓ. Photographer. Head of the Photography Department of the Cuadernos de Arquitectura y Urbanismo published by the Architects’ Association of Catalonia. Cofounder of Editorial Actar (Barcelona). Professor of masters’ degrees and postgraduate programmes at ELISAVA.

MATÍAS COSTA. Degree in Information Sciences from Universidad Complutense de Madrid. He started taking photographs in 1989 in a self-taught way. After taking a course of documentary photography  at Taller de Tecnologías Audiovisuales, Madrid, in 1992 she first published his works. Founder and member of the School until 2012, together with Marta Soul, Juan Valbuena, Carlos Sanvia, Juan Santos and Juan Millás among others. He currently works for the British agency Panos Pictures.

ORIANA ELIÇABE. Degree in Photography from Escuela de Arte Fotográfico y Cinematográfico de Avellaneda, Argentina. She has won the FotoPress’01 semi-annual contest. She has carried out numerous international exhibitions, and her work has been published in many international mass media.

JUAN FAUBEL. Specialist University Degree in Photography, Video and New Media from Polytechnic  University of Valencia . Degree in Audiovisual Communication from University of Valencia. Degree in Social and Cultural Anthropology from UNED. Producer and coordinator of cultural projects, and photographer and director of documentaries. He has made long stays at Real Academia Di Spagna, Rome, and at Colegio de España, Paris with his projects awarded in 2009 and 2011 respectively.

KARTIN GOLDA-PONTGRATZ. Architect. Professor of International Urbanism at Frankfurt University of Applied Sciences. Member of the European Academy and the Expert Committee of the European Prize of Urban Public Space since 2014.

JOHANNA HURTADO. Curator and independent art critic. Editor of the cultural supplement Cultures-s in La Vanguardia and head of the visual art programmes of Can Felipa.

MARCELO ISSUARRALDE. Architect. He completed his academic formation at Columbia University, New York. He has been awarded with the Fullbright Advanced Research Award. He has also obtained the grant titled Seven Young Latinamerican Artist Exchange organised by the American Cultural Research Institute, as well as and many other prizes.  He investigates and focuses his work on architecture photography, fashion, portraits and photography illustration.

INÉS MARTINEZ RIBAS. Degree in Political Sciences and Sociology from Autonomous University of Madrid. She worked for national newspapers as El País and La Vanguardia and for institutions such as Fundació “la Caixa” and MACBA.

ENRIC MIRA. PhD in Philosophy from University of Valencia. Tenured professor at Alacant University and expert in image theory.

FREDERIC MONTORNÉS. Exhibition curator and independent art critic. He has been curator of the Arts Santa Mònica and has published articles in numerous publications.

JESSICA MURRAY. Degree in History. She has worked for the Centre of Cuban Studies and the agency Magnum Photos. She is also linked to many human rights associations. In 2004, she founded in Spain Al-liquindoi together with Gonzalo Höhr, a program of workshops and collaborative projects about documentary photography. She also trains photographers in areas like Middle East, North Africa, Central Asia and the Caucasus.

ELENA OLCINA. Degree in Computer Engineering from Polytechnic University of Valencia, with a major in Graphics and Image. Master in Design and Advertising. Photojournalist freelance. Photographic editor for numerous editorials and publications.

POL PÉREZ. Graphic design and professor of the Master’s Degree in Graphic Design at ELISAVA.

MARIO RABASCO. Degree in Fine Arts. He is currently working on his PhD dissertation about Koldo Chamorro’s photography projects. He is also professor of photography at Escola d’Art de València.

ARIANNA RINALDO. Director of the documentary photography magazine OjodePez, published by La Fábrica, Madrid. In 2012, she has appointed Artistic Director of the international photography festival Cortona On The Move  held in Toscana, Italy, She was the director of the archive Magnum Photots New York (1998-2001). Afterwards, in Italy, worked as a graphic editor of the magazine Colors until 2004. Within that year, she also started his professional carreer as freelance and consultant for numerous both national and international editorials and institutions.

LORENA ROS. Degree in Humanities from University Pompeu Fabra, Barcelona. Postgraduate programme in Photojournalism from LPC. Her first report about illegal immigration in Span won a World Press Photo in 2001. Afterwards, she started a project about trafficking of Nigerian women in Europe (Beca Fotopress 03), which won an honorable mention at Word Press Photo in 2004 and the OneWolrd Media price awarded by Amnesty International in 2005. She often works for Newsweek, El País and The Sunday Times, as well for organizations such as Human Right Watch and Soros.

LUCA TRONCI. Photographer and artist that have worked from all over the world. He has designed all type commercial projects related to illumination.

JOAN VILLAPLANA. Graduate in Humanities and in Photography. He has exhibited his photographic work at China Pingyao International Photography Festival; at Central European House of Photography of Bratislava; at Lumen Fundation of Budapest; at Lodz Fotofestival; at Cultural Centre of Spain in Guatemala and at Galeria Lipoli&Lopez Roma.

KATHERIN WEMKE. Photographer and art director with a wide and extended career. Among their clients, there are multinationals from all over the world.

With the collaboration of: 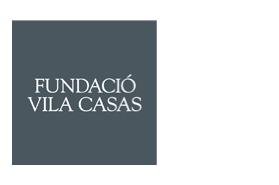